African PPP: from drawing board to reality

David Baxter, senior advisor to the UNECE-affiliated International Sustainable Resilience Center for PPPs (ISRC), considers the potential for PPP as an alternative source of financing for post-pandemic recovery in Africa and the Middle East. 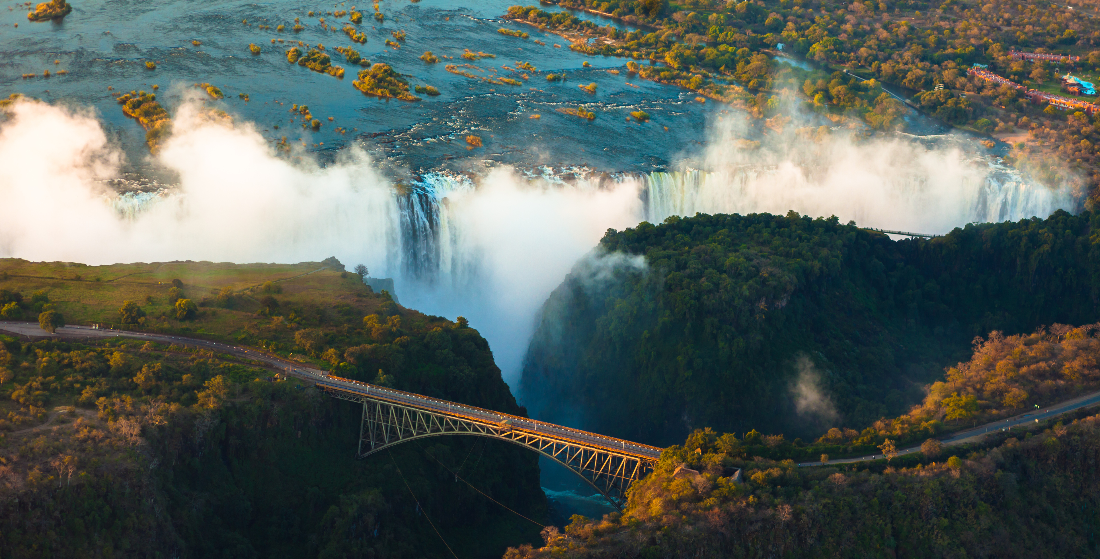 Even before the pandemic, governments in Africa and the MENA region were faced with infrastructure funding gaps that limited their ability to build the essential infrastructure needed to address sustainable development goals and economic development. Unfortunately, insufficient productive infrastructure, especially in the power, water, and transportation services has led to countries losing their competitive edge in the increasingly globalized world.

The African Development Bank (AfDB) estimates Africa’s infrastructure needs to be as high as $170 billion annually. The African funding gap is estimated to be as high as $108 billion annually. MENA region governments have not only suffered from the impacts of the pandemic, but also from decreasing oil and gas revenues, which are the mainstay of their economies. This cumulative impact has led to a greater urgency to diversify away from a reliance on fossil fuels and to build productive infrastructure, however this will require considerable financing from private investors to address the MENA funding gap, which is in the vicinity of $100 billion annually.

Survey respondents specified that the ways projects had been implemented in the past by governments was unsustainable and that collaborative initiatives between the public and private sectors was the best path forward, especially where innovation (e.g. smart technology) and alternative financing models (i.e. PPP agreements) could leverage their common resources to prioritize projects that not only addressed “value for money”, but would simultaneously address “value for people” and “value for the future.”

PPP development in Africa and MENA has been patchy and very slow at best. According to the World Bank, "PPPs in Sub-Saharan Africa remain a very small market, with projects concentrated in only a few countries, namely, South Africa, Nigeria, Kenya, and Uganda. Together these account for 48% of the 335 total PPP infrastructure projects in the region in the past 25 years.” And of those PPPs, very few have involved any meaningful risk transfer to the private partners – DFI cover or state guarantees or both are the norm (the term PPP is a very broad church in Africa).

The reasons for that are many: high political risk; cost of currency hedging; perceptions of lack of transparency and competitiveness in procurements; poor feasibility studies and concerns about the bankability of projects; weak legal frameworks; and in some instances domestic banks and investors not understanding what PPPs are. Furthermore, PPP’s, particularly those involving social infrastructure, generate local cashflow, which means finding mechanisms, often costly, that offset currency risk for the private sector participant, unless that participant is locally based and has a natural hedge. In short, the financing need is omnipresent – the investor securities are not.

Finding solutions to all the above issues has been given revitalised political urgency by the pandemic – governments in the region, even the GCC part of MENA, face increased competition for both commercial financing and the global development funding pot from pandemic-hit and budget-stretched developed markets. There is an increasing awareness that countries have to compete for international financing and make a compelling argument to attract investors. And governments are reacting by strengthening their institutional capacity to launch effective PPP procurements, or reviewing their force majeure provisions in PPP contracts to better address risks exposed by the pandemic and increasing climate change impacts. For example, the Kenyan National Treasury has proposed a new draft PPP bill to address deficiencies of the 2013 PPP Act, to attract investors. According to Pinsent Masons, practical changes include streamlining projects processes, expanding procurement options and allowing more investor-friendly processes for private sector initiated investment proposals (unsolicited proposals - USPs), although USPs are often seen as a way to avoid transparent and competitive procurements and should be approached with caution.

Both African and MENA region countries are developing a laser focus on building productive infrastructure through PPPs out of the realization that collaboration can lead to long term economic partnerships that will be beneficial to all stakeholders. MENA countries have launched visionary strategies to diversify their economics through private sector participation. For example, the UAE, Oman, and Saudi Arabia have published “Vision” strategies  (i.e. Saudi Arabia’s Vision 2030) that have clearly identified infrastructure sector focuses,  have clearly define objectives, and listed opportunities for private sector investors. What is of additional importance is that many MENA countries are beginning to develop project pipelines, which will increasingly give investors a heads-up on potential opportunities and strengthen their enabling environments.

African countries unfortunately have lesser resources than MENA countries to achieve similar goals.  There is however a long history in Africa of relying on alternative private financing of projects to build productive infrastructure due to funding gaps. Many of these projects have been PPPs that are long-term contractual agreements that rely on alternative financing. Currently, five African countries account for approximately half of all successful PPPs (e.g. South Africa, Morocco, Nigeria, Egypt and Ghana). Some African countries have established PPP programs that are at least 20 years in the making and are supported by well-established enabling environments (e.g. laws and guidance) that have laid out the rights of all parties and the distribution of project risk to appropriate parties.   They have also focused on positioning themselves as trustworthy partners in regards to procurement best practices that are transparent and competitive. Other examples of countries with notable emerging infrastructure investment PPP markets are Burkina Faso, Ethiopia, and Kenya.

When PPPs are proposed as a mechanism to build productive infrastructure, it is critical that certain conditions are addressed to attract investors. Investors are not sentimental. They require an investment environment that is competitive and transparent and which protects both parties. This is especially important in Africa and the MENA region where neighbors might be competing for the same investors. The country that is the best prepared will prevail. There are simple actions that countries can undertake to attract investment. They include the following – building long term project pipelines that give investor’s insights into projects that are bankable; ensuring that procurement processes are impeccably transparent and competitive; agreeing to the sharing on project risk in a way that parties are only allocated the risk that they can and should address; incentivizing investor performance; and agreeing to the inviolability of law.

As Africa and MENA move forward with reconstruction of their pandemic ravaged economies, they need to remember that other threats still exist (i.e. political conflicts and climate change) that can negatively impact their development goals. Those risks can be mitigated by proposing projects that address sustainable goals, those that are resilient and future proofed. This requires careful planning, adequate feasibility studies, and investor market sounding and will result in “bankable” projects that are attractive to serious investors.

The author: David Baxter, Senior Advisor to the ISRC 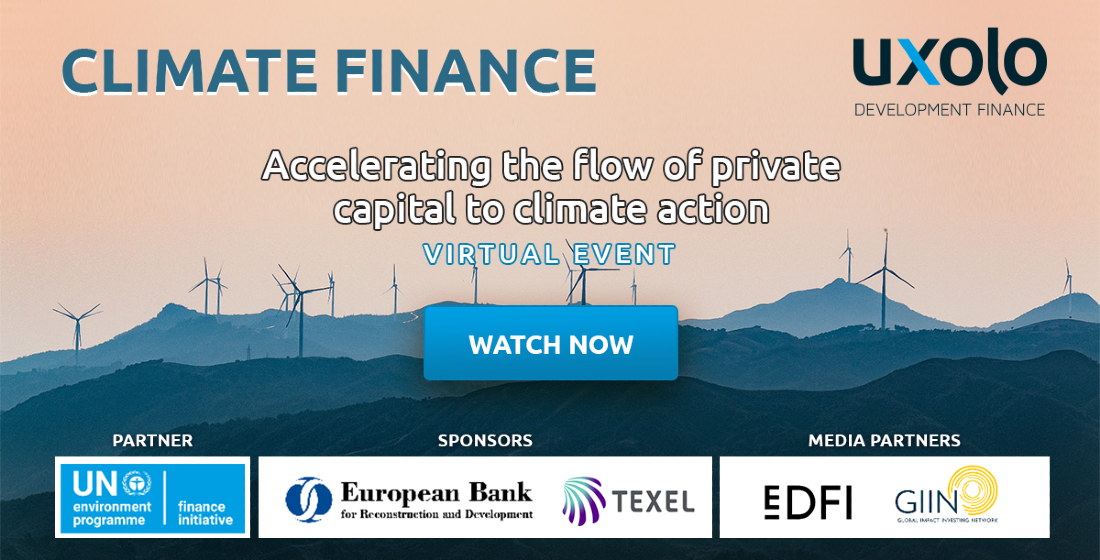 Watch on-demand content and network with other delegates. Plus, Uxolo will be adding regular exclusive content to the platform over the coming weeks in the run up to COP26 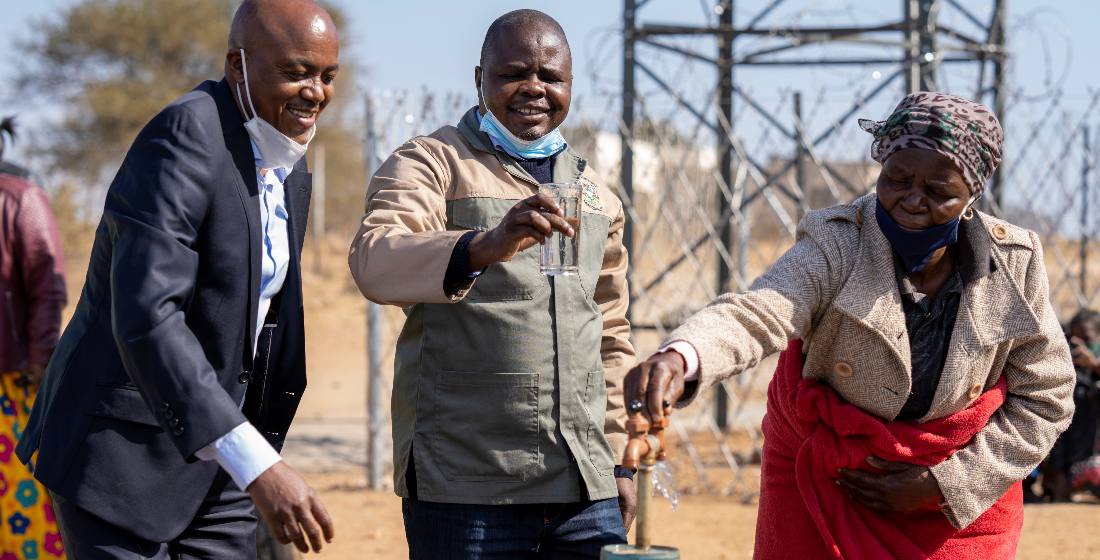 On 30 September 2021, the Development Bank of Southern Africa (DBSA), the South African National Treasury and the EU hosted over 500 delegates for a virtual webinar to discuss...

On the Mesoamerican Reef, a model for insuring nature’s future

A 100-mile stretch of coral reef off Mexico’s Caribbean coast is now insured just like any other valuable asset. Is this the future of conservation?