With a promise to make a significant contribution towards UN Sustainable Development Goal 6 and climate resilience, the $1.1 billion Angolan water infrastructure project breaks records and paves the way for big-ticket blended finance deals in sub-Saharan Africa.

Setting a global record as the biggest World Bank guaranteed financing, the government of Angola signed a bumper loan of $1.1 billion for building water supply infrastructure in its capital Luanda. Once completed, the Luanda Bita Water Supply Guarantee Project is intended to improve access for over two million residents to potable water services in selected parts of south Luanda.

The landmark project is funded by two loans: a $910 million facility supported by a World Bank IBRD guarantee (along with ATI guarantees – see below); and a $165 tranche backed by the French export credit agency, Bpifrance. The deal is a relatively rare example of joint DFI and ECA financing support, a topic that should be high on the agenda at COP26 later this year as the world looks to progress the UN's Sustainable Development Goals.

For the Bpifrance-guaranteed tranche, Standard Chartered acted as structuring and co-ordinating bank, bookrunner and MLA. Santander and Helaba Bank came in as MLAs into this facility.

The deal also has the distinction of being one of largest single-term loan financings provided by commercial banks for an African sovereign during 2021.

The loan is expected to have a final maturity of 15 years with a three-year grace period to match the construction profile. The financing closed in June 2021.

According to the World Bank, Angola ranks 138 out of 140 for reliability of water supply and despite being well-endowed with water bodies, the southern African country’s hydraulic infrastructure needs strengthening for reliability, capacity, and resilience.

The water infrastructure project comprises a water treatment plant, a transmission system, water storage facilities, distribution centres and installation of new networks and metered connections. Promising to make a significant contribution towards meeting the United Nations’ Sustainable Development Goal 6 (SDG 6), which includes enhancing access to clean drinking water and sanitation for all, the project will also be instrumental in bolstering Angola’s resilience towards climate change.

The ECA-backed facility will be used for financing design-build contracts awarded to Suez International and Saint Gobain PAM.

“We have applied the framework of SDG 6 and this deal is in compliance with that goal. It is a combination of several factors, if you look at the underlying infrastructure – the collection, processing, storage, and distribution of the water – it has an integrated scope to have a big impact,” says Kilic.

In addition to being the biggest IBRD-backed financing globally, the deal finds its novelty in putting together a big-ticket blended finance deal.

“Of course, there have been various other successful MDB, DFI or ECA supported transactions to support infrastructure projects in Africa in the past.  However, this is the first transaction where a group of different stakeholders, including the World Bank, Africa Trade Insurance, Bpifrance Assurance Export (BPI), and international banks have come together to support a common objective, which was to finance the BITA project of the Government of Angola. The whole structure is being tested for the first time. That's what makes this deal special,” explains Kilic.

The proposed Bita water supply project is the first attempt for mobilising commercial financing in the water sector since the oil crisis in Angola. Given the substantial investments needed to meet urban water demand, the government's policy is to seek private sector financing to the largest extent possible.

According to Kilic, banks and investors use private insurance as a way of risk mitigation, but the Luanda Bita water project transaction finds its uniqueness in using insurance to enhance and broaden the investor appetite.

The deal brings together a strong group of banks in syndication, some of whom were very familiar with doing business in sub-Saharan Africa and the risk associated with emerging markets, notes Kilic. “But when you look at the dynamics of a project like this, there is always a consideration between DFIs, MDBs, ECAs, and the commercial banks when it comes to risk and returns. How much risk are we supposed to go after? I guess in this facility, we managed to find the right balance. We managed to create this structure where the banks were ready to take some uncovered risk,” he adds.

The support provided by insurance agencies and the presence of the World Bank and BPI in this deal was instrumental in amplifying investor appetite and comforting the banks with regard to risk management. “Because the facility is not all World Bank covered,” reminds Kilic. “The structure of this deal, the fact that the World Bank, ATI, and BPI agreed to work together and the strong relationship support of the banks to the Government of Angola made the transaction very interested despite various challenges – notwithstanding the additional difficulties posed by Covid-19.”

Given the size of investment required for the project and the level of uncovered risk, the government of Angola initiated discussions with ATI to explore potential additional credit insurance options. Working together with the private insurance market, ATI provided the lenders a second loss insurance above World Bank’s guarantee of up to $351 million to cover principal and interest, therefore, enabling the project to reach financial close. ATI’s cover will mitigate the risk of the government’s failure to make debt service payments under the loans for the project.

Benjamin Mugisha, chief underwriting officer – ATI, comments, “We are very proud of the relationships and support we mobilize from the private insurance market as well as the collaboration with other multilaterals and commercial lenders. We believe that blended finance solutions are a key to delivering development on the continent. The BITA project is, therefore, a testament to how multilaterals, lenders, and private reinsurers achieve Africa’s infrastructure and other needs and we believe that it serves as a model for further collaborations that will benefit the continent.”

In addition to travel restrictions to Angola due to the pandemic and the inability to conduct negotiations in person, emerging markets in Africa such as Angola have been undergoing the implementation of the Debt Service Suspension Initiative (DSSI).  The World Bank and the International Monetary Fund (IMF) urged G20 countries to establish the DSSI, in order to help countries concentrate their resources on fighting the pandemic and safeguarding the lives and livelihoods of millions of the most vulnerable people. The IMF was conducting a review in Angola while the deal’s stakeholders were trying to close the transaction, adding to the existing pandemic-related challenges. “But each party supported each other, and the key reason was to reach a common objective,” recalls Kilic.

While the financing negotiations began before the pandemic, Covid quickly brought the deal to a grinding halt. “We had to take a bit of a step back and pause because people were concerned about various other things, and we remobilised and re-energised the project with World Bank, BPI, and ATI support. This included lots of calls and video conferences and huge involvement from the law firms on both sides. On the one hand, the transaction was challenging in itself, but because of the Covid pause, we had to go through the formalities multiple times. But in the end, I think we set a target to get it done,” shares Kilic.

The hope now is that this deal and structure will encourage increased appetite among insurers and investors for other projects in the region and provide a blueprint on how to structure future long-term, lower interest loans, paving the way for similar big-ticket blended finance projects in sub-Saharan African. And in so doing, some of the world’s most underdeveloped markets could reap significant social benefits.

Uxolo speaks with Jorim Schraven, the director of impact and ESG department at FMO, a Dutch development bank, about the significance of biodiversity and nature-positive...

How do we finance dietary transition?

While impact investors are driving the plant-based meats industry, what might be the effect on livelihoods and the emerging markets, and are public financial institutions...

Danny Alexander: ‘Gas will be part of the transition for Asian developing nations.’

The Scottish MP-turned-vice president of AIIB speaks with Uxolo at COP26 to discuss the bank's climate financing plans, risk appetite, and plans to phase out fossil fuels.

Uxolo speaks with Jorim Schraven, the director of impact and ESG department at FMO, a Dutch development bank, about the significance of biodiversity and nature-positive solutions for the financial sector.

How do we finance dietary transition?

While impact investors are driving the plant-based meats industry, what might be the effect on livelihoods and the emerging markets, and are public financial institutions catching up? 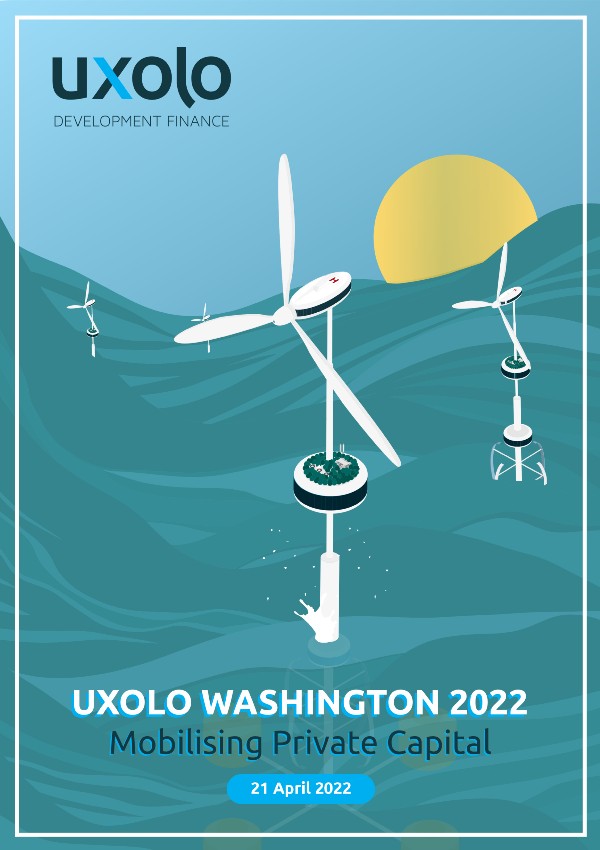